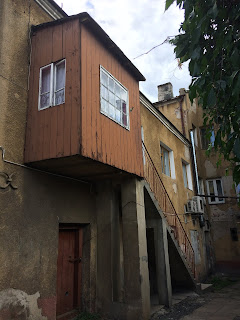 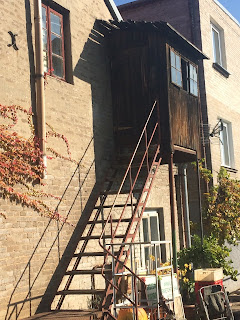 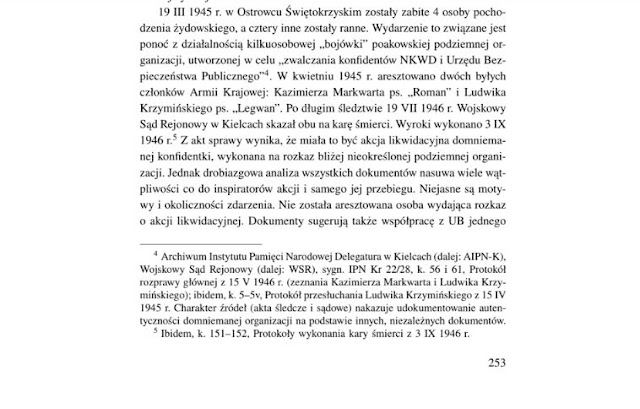 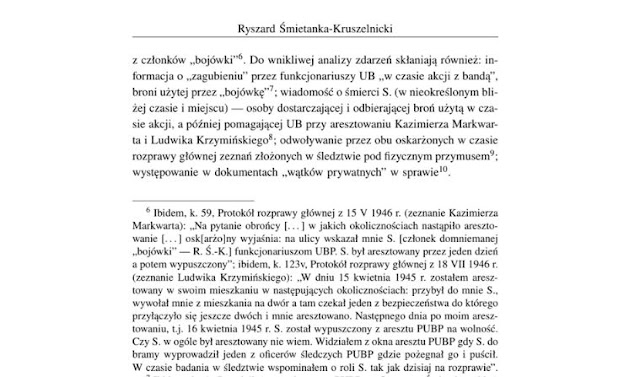 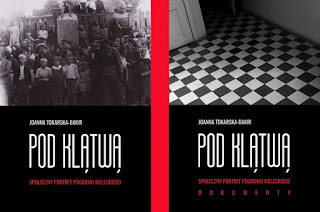 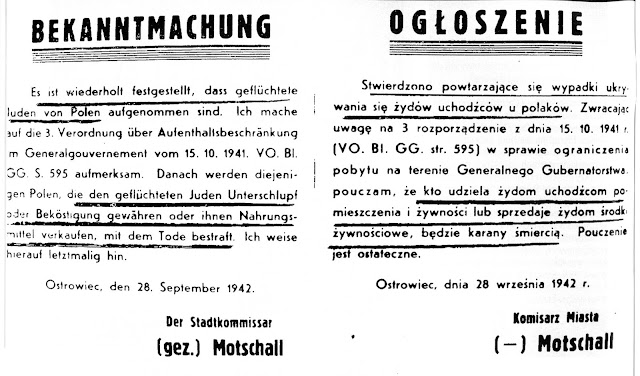 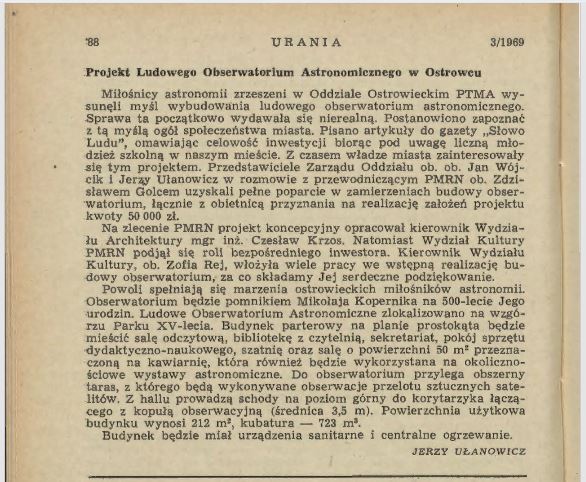 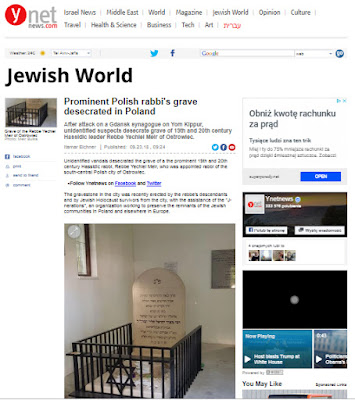 Unidentified vandals desecrated the grave of a the prominent 19th and 20th century Hassidic rabbi, Rebbe Yechiel Meir, who was appointed rabbi of the south-central Polish city of Ostrowiec.

The gravestone in the city was recently erected by the rebbe's descendants and by Jewish Holocaust survivors from the city, with the assistance of the "J-nerations", an organization working to preserve the remnants of the Jewish communities in Poland and elsewhere in Europe.

This is the second case of anti-Semitism in Poland reported over the past week, after a man threw a stone into a synagogue in Gdansk on Yom Kippur.

The desecrated gravesite is situated in the Jewish cemetery which has been turned into a public park, used by local residents to walk their dogs daily. It is not unusual for the dogs to defecate on the Jewish graves.

Meir Bulka, the founder of “J-nerations” who visited the cemetery this week, noticed that the gravesite of the rabbi, who passed away 90 years ago, was vandalized by drunkards who shattered the windows of the mausoleum and struck the walls with hammers. Several glass bottles were also smashed at the site.

Bulka called the police who said that they routinely patrol the area.

The Ostrowiec cemetery is at the center of a lawsuit submitted by Bulka against the state, demanding that Poland take responsibility for the desecration of the cemetery and the violation of Jews’ sensitivities. Bulka has also urged authorities to prevent further acts of vandalism.

“The Poles cannot understand that it is important for us to preserve the cemetery. They only respect Catholic cemeteries," Bulka said. “As far as they are concerned, it is just another place for dogs to defecate.

“We are witnessing a rise in anti-Semitism on a daily basis. Under these circumstances it is not possible to preserve the thousand-year heritage of Polish Jewry. On the one hand the government turns a blind eye to vandalism against Jews; on the other hand, tales of Holocaust heroes which have been refused recognition by Yad Vashem due to inconsistencies in the testimonies are circulating,” Bulka said.
Autor: Wojtek Mazan o 03:42 Brak komentarzy:

The Enchanted Tree of Ostrowiec

I am a great and beautiful oak, imposing and centennial. For centuries I
lived on a gentle hill near Market Square in Ostrowiec, towering over the
rolling countryside. From the top of my branches, I could see what was going
on around me, the river flowing, the synagogue, the funeral processions
leading to the cemetery, the church.

In the early years I used to live with the little birds that nestled in my
branches. The city was small, Jews and Poles lived together. The tranquility
of the woods pleased me, I could hear only the birds singing, the river
flowing, and nothing more.

For centuries and centuries I have witnessed joys and sorrows, life and
death, but always hope. Under my shadow, generations and generations marched
on the march of life. As silent witness, I verified that my people never
faltered, never chose the Golden Calf. Joyful parents, bringing their
children, to take them under the hupah, repeating and repeating, under the
sacred pallium, when breaking the ritual cup, the eternal oath:

One day, the wind brought news - preceded by the clapper of the scouts, the
passage of someone very important. The great uproar caused by the immense
clouds of dust raised by the horses' paws left no doubt - Marshal Pilsudki
passed through the city with his legionaries, being received by the Jews
with bread and salt.

But not all was joy for me. Like when I heard explosions in the distance,
the roar of engines, the caterpillars of the armored vehicles, the clatter
of broken trees, columns of soldiers marching through the streets. I, who
endured so many storms, thought could not resist. I went through a lot of
suffering, seeing brothers being taken away never to return. Abandoned
Poland has resisted as much as it could to invaders, from West and East.

The world had changed for the worse. Homo Homini Lupus. I was scared,
screaming, frenetic noise of drums, glasses breaking. Winds of hate made me
tremble. I thought ... it's my end ... I'm lost, on this coming dark night,
what will become of me? I will be ripped off.  Will not the sun ever shine
on my people again? Never again, children playing around me? Never? Never?

However, this was not the wish of the Great Architect of the Universe. His
People came, to bring light to all nations, And by Him was commanded me to
cast my seed, far, far to the other side of the world, crossing the Seven
Seas, My seeds pursued Blessed Lands.  Now we can live in peace again, and
pray: no more hatred, nor ghettos, only Freedom, Joy, Peace, Shalom, Salaam,
Peace.

I am again flirting under the sun. In a new world  of Justice and Equality
for my people, and for all. Love made me sprout again, abundantly.  And
again I can testify the joy of my people. Parents again bringing their
children, to again under the same hupah, repeat the same oath ... no more in
Ostrowiec, but on the other side of the world, away from Poland sufferrings.

In my shadow, I have seen generations and generations of Ostrowians passing.
But the city changed, stretching out over distant fields, huge housing
estates defiling the landscape, driving away the spirits that care for
Nature.

The ancients could hardly imagine how different everything is. Tired horses
no longer drag carriages to nearby towns, along old little narrow roads

Jews were gone, after many centuries around here. Many had left in time,
sensing what was to come, and of those who remained,  the Nazis interrupted
their dreams in the flames of the Holocaust.

But fate was stronger. On December nights in Ostrowiec, the wind blowing
from the Holy Cross Mountains becomes even colder. Few people ventured down
the street at dawn, covered by dense fog and the snow that goes on and on.

Almost no car circulates in these hours, only one or other farmer waking up
early to take care of the plantation is surprised by the luminous trail in
the sky, a light spreading over the low clouds ...

Unbelieving, they suppose may be just airplane spotlights, or reflections of
distant lightning ...

But in the end my People won - tragedy could not keep them from returning.
In a fire carriage, scratching the celestial space, Jewish souls leave for a
few moments the Ganei Eden, amazed by the lights flashing below in the
night. So many buildings, streets, bridges, factories, shops, ...

After centuries, I still stand out in the landscape. I feel that from above,
Jewish souls from Ostrowiec  send blessings, encouraging us ... wherever my
People is living, the Master accompanies and protects them  ...   I only
pray for the Jews who once lived in Ostrowiec  - may their names never be
forgotten...  from the top of my canopy I wait patiently ... May the time
come when Humanity will live in peace … 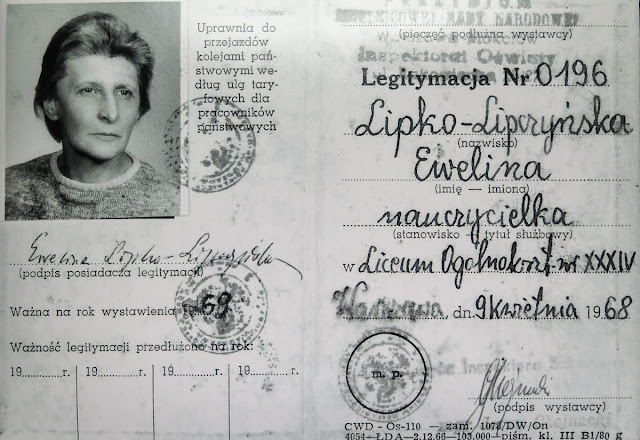 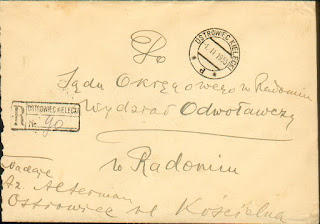 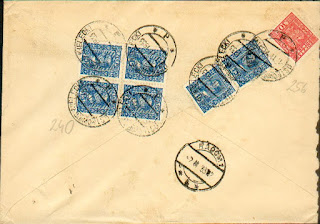 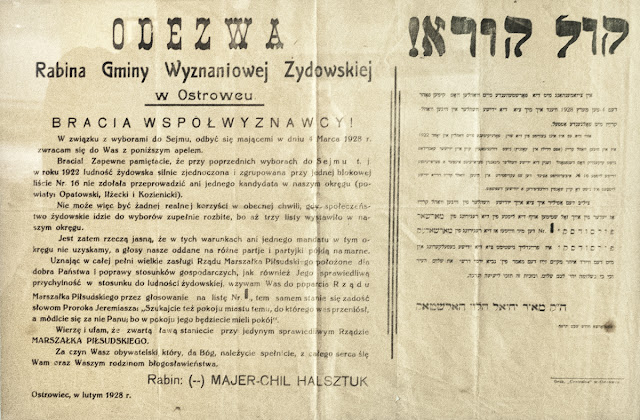 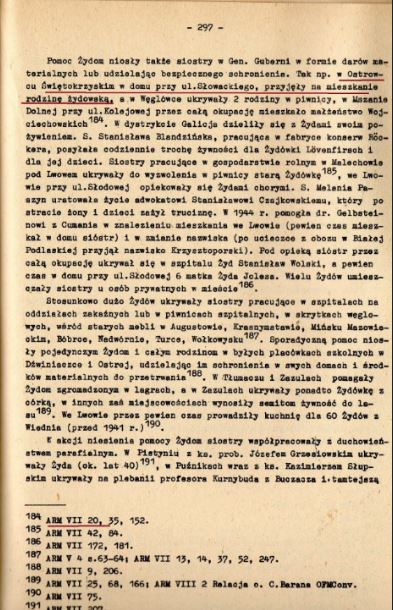 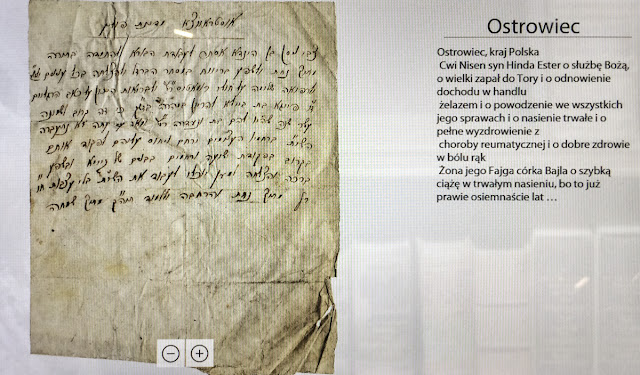 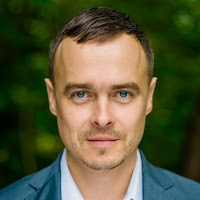